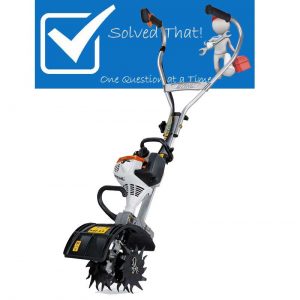 STIHL MM55 WONT START WONT STAY RUNNING – A few years back my trusty old MANTIS TILLER died after many years of faithful service. Being the type of person who likes to try new things I decided to switch brands and go with STIHL. Having experienced several years of flawless operation of  a STIHL FS85 STRING TRIMMER I bought the STIHL MM55 with confidence. The MM55 did not disappoint. It was light, powerful and almost fun to use.

As the season ended I winterized the MM55 same as my other 2 stroke equipment. I poured in some gasoline stabilizer and ran the MM55 out of gas. All was good until the following spring. Come April the following year the MM55 turned from joy to nightmare. It wouldn’t start, the primer bulb would stay down after a few pumps. I knew this meant the carburetor had some sort of blockage. I spent a fair amount of time cleaning the carburetor. Still no luck. I could get the M55 running for a few seconds then it would die. Frustrated I brought it to the dealer I bought it from. Two weeks later I got the MM55 back. Cost $85. Diagnosis, blocked carburetor. Solution replaced carburetor. The dealer politely recommended I try a different fuel stabilizer. I figured what the heck.

Fast forward to season end I winterized again with the added step of compressed air at the carburetor inlet. I thought to myself “ok I got it this time”. Well I was wrong. The next spring was the same as the previous. Back to the dealer same thing, $85 and a new carburetor. Yes I was annoyed.  This time at the end of the season a close friend said he could winterize the MM55 and it would be fine. He is a landscaper and he would winterize the MM55 same as all of his Echo power tools. (BTW Mantis uses Echo engine).

Next spring you guessed it, same results. This time I was determined to not only fix the MM55 myself but understand why this tool was so prone to the issue. 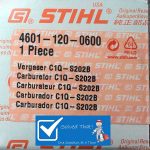 Why does STIHL say this? Ethanol in todays gasoline is the root of the short shelf life of fuel. This is why your STIHL MM55 Wont Start | Wont Stay Running!!!!!!!

Note: Read page 12 of the STIHL MM55 CULTIVATOR Owner Instruction Manual. The manual is available to download or view further down this page!

Assemble in reverse order. The first time you do this it will probably take 15 minutes. After that 5 minutes. In fact it probably took me just as long to type the 4 steps as it would to perform. The MM55 will start with the second pull. 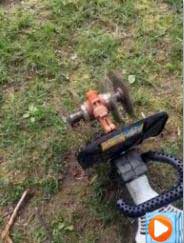 Now that I know the problem I have modified my winterizing and storage procedure for the STIHL MM55 Cultivator. 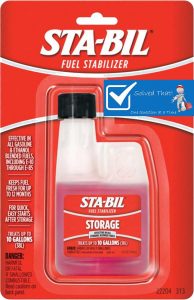 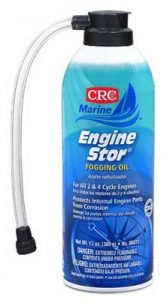 Beyond the fuel stabilizer the STIHL MM55 needs one more step. The carburetor needs to have something displace any fuel left in the carburetor and it also needs something to protect and lubricate the internal surfaces. I have decided to treat the MM55 the same as the Mercury outboard of my Ranger Bass Boat which successfully started for 20 plus fishing seasons. I use CRC ENGINE STOR or STA-BIL 22001 Fogging Oil.